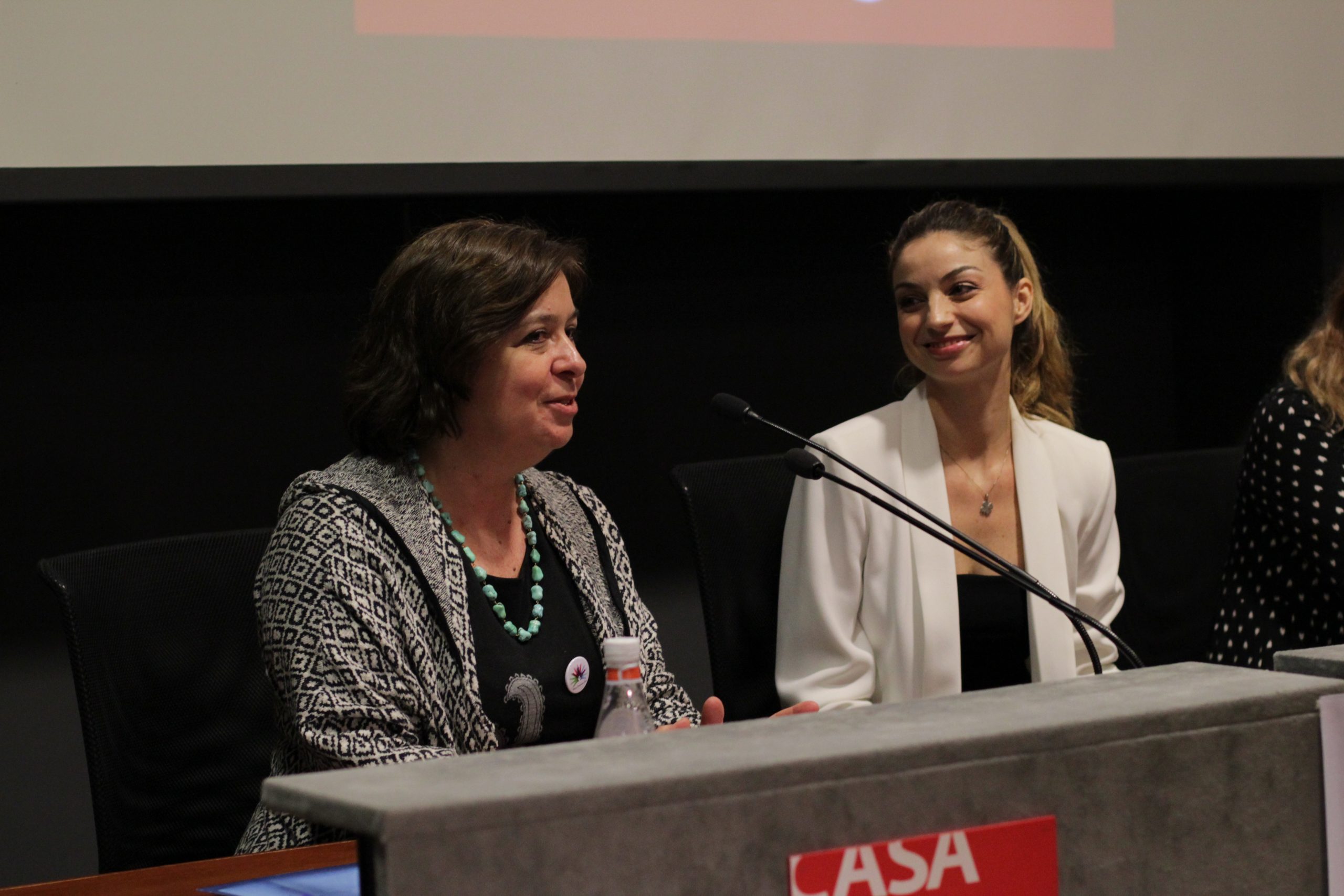 The first edition of Uno Sguardo Rare was held during the 2016 Rare Disease Day, and was made possible through the cooperation and support of UNIAMO FIMR onlus. The festival was patronized by Anac – Associazione nazionale autori cinematografici and 100autori – association of film and television auteurs and was held at  Sala Kodak in Casa del Cinema di Roma enjoying great success amongst the audience and professionals in the field.

This positive feedback led Claudia Crisafio and Serena Bartezzati alongside other members from the artistic and cultural world and from the world of rare diseases, to establish the Cultural Association “Nove Produzioni”, in order to keep on organizing and promoting the initiative.

Among the artists who participated, Maurizio Rigatti with his “Stareassieme 2014”, a docufilm about the vacations of Tuberous Sclerosis patients, and with “L’amante di Sjorgen” in which he talks about the Sjorgen syndrome to raise awareness. Paolo Calveri presented “Scylla or the myth of family Mediterranean fever” which tells the legend behind this pathology. Anna Rita Mellone and Sara Bevilacqua in “Dancing con Mr. Wilson” showed us through ballet the importance of giving dignity to the condition of patients. Claudia Crisafio with “Io sono qui”, (I am here) where she, as the main character and screenwriter, gave voice to people suffering from Guillain Barré syndrome. Carlo Shalom Hintermann showed the trailer of “The dark side of the sun”, a docufilm about children who live with the Xeroderma pigmentosa, that forbids them to be exposed to sunlight; finally, with the awareness raising video “The rarest ones”, Roberto Saku Cinardi summarized in a few minutes the essence of the life of rare diseases patients.